A huge wreath made of pampas grasses called “chinowa” is set in the precincts of many Shinto shrines in June by the lunar calendar, which approximately corresponds to July by the solar calendar. 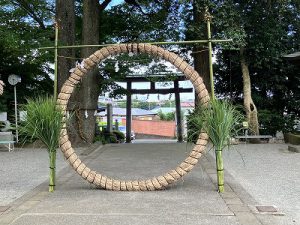 In our tradition, we believe chinowa has magical power. If we pass through for three times as shown in the photo, we can get rid of bad luck of the former half of the year and spend healthily during the latter half of the year. This ceremony is called “chinowa-kuguri“ 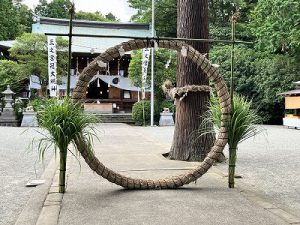 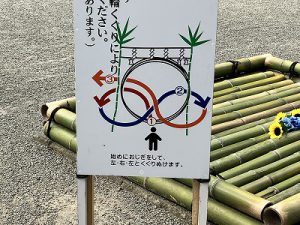 Now, Webmaster had done it, so I can hopefully spend healthily during the second half of this year!

This is just a default widget. It'll disappear as soon as you add your own widgets on the Widgets admin page.